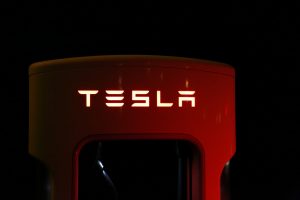 Introduced in June 2012, the Tesla Model S is a full-sized, electric liftback produced by Tesla. The obvious draw to this vehicle is the immense environmental benefits combined with an impressive 104 mpg of gasoline equivalent fuel efficiency. The car can’t truly be measured in standard gasoline mpg because it does not use any. Adding on to the economical benefits is the fact that this car is in the luxury class. The ultra-sleek vehicle is a stunning sight on the road. The hidden surprise is that the Model S scored a perfect 5.0 NHTSA automobile safety rating.

The Tesla S has been offered in a variety of countries and had immediate popularity in Europe. It became the first electric car to lead the monthly new car sales rankings in Norway and in Denmark. The U.S. also showed an extreme interest in the vehicle accounting for 57% of global sales near the end of 2016. The popularity amongst consumers is evident as it was the top selling electric plug-in electric car in 2015 and 2016 worldwide.

So what do the critics think of this luxurious, eco-friendly car? Well, it was awarded the 2013 World Green Car of the Year and even the 2013 Motor Trend Car of the Year. Time Magazine even gave it a nod in its Best 25 Inventions of the Year 2012.

Overall, the Model S is offered in several versions, offering different energy capacities and equipment. Through its lifespan, the Model S has offered battery capacities of 40 kWh, 60 kWh, 70 kWh, 75 kWh, 85 kWh, 90 kWh, 100 kWh. The current (2017) Model S is offered in the 75 or 100 kWh variation. For Model S’s ordered 2017 and on, Tesla is providing 400kWh of free Supercharging annually. This equates to approximately 1,000 miles which is pretty nice if you consider how much that would cost you in gasoline.

The Tesla Model S has created a nice foothold in the luxury, all-electric vehicle market. This vehicle is just an infant compared to many of popular current choices out there, but we’re excited to see what they have in store.