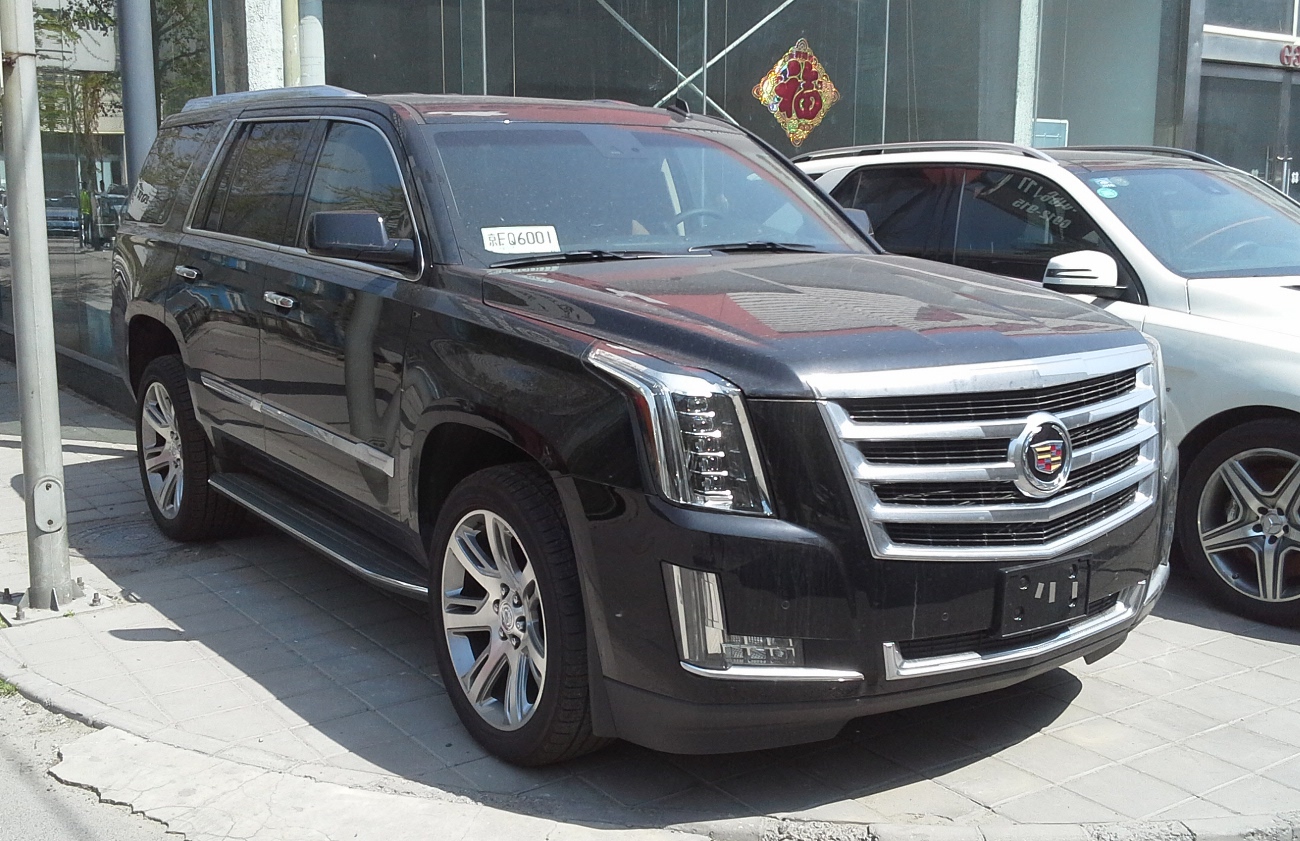 This month, we’re going big for our Make/Model spotlight. We’re talking about the infamous Cadillac Escalade. This full-size SUV is probably one of the more recognizable SUV’s out there, due to its prominence in pop culture. So let’s break down the history of this popular SUV.

The full-size, luxury SUV was Cadillac’s first foray into the SUV market. Introduced in 1999, this SUV was created to compete with Ford and the German and Japanese competitors. The Escalade has come a long ways since its days of being mistaken for a Denali, as its classy look is now available in every country that Cadillac is.

The first generation only lasted for one year. The 1999-2000 first gen was introduced primarily to compete in the full-size luxury truck market which was rising in popularity. When introduced, the Escalade was only a five seater. Leather seats, a Bose surround system, and a speedometer that featured white needles were some of the highlights of this first generation.

The second generation Escalade lasted much longer than its initial iteration, from 2002 until 2006. Numerous design changes were made along with an upgraded “StabiliTrack” system which was an electronic stability control system. In 2007, the Escalade moved on to the third generation. A new body was designed along with a plethora of mechanical upgrades. The Escalade, well-known for its gas-guzzling, was actually debuted as a hybrid version in 2008. Unfortunately the hybrid would be discontinued before the end of the third generation’s run.

The fourth and current generation was made available in 2015. Cadillac went all out for the reveal, hyping it up as early as 2013. Overall, seven color palettes were made available for the exterior trim while three colors were available for the interior. In addition, the Escalade would receive an 8-speed transmission, surround view camera, and 4G LTE connectivity. The hype was meant with praise among the the automotive world’s critics. The newest, 2018 model year, switched from the 8-speed transmission to a 10-speed.