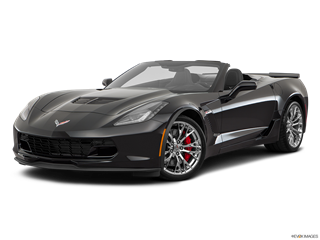 Another year, another exciting reveal for Chevrolet Corvette fans. Chevy fans and sports car enthusiasts alike have been drooling over the beautifully designed sports car for some time now. While there are so many features that are highlight worthy, we wanted to share a few of our favorites. So without further ado, here are the highlights for the 2017 Chevy Corvette.

The 2017 edition of the Chevy Corvette brought back the historic “Grand Sport” name. The Grand Sport model was originally produced in 1963. 1996 and 2010 both paid homage to ‘63 version with the Grand Sport moniker.

Virtually every Corvette manufactured has a beautiful look to it. This year is no exception. Drawing on looks from previous C7 Stingray and Z06 models, the 2017 Grand Sport is a breathtaking feat of aerodynamic engineering and architecture. The 2017 Grand Sport is available in both a coupe and convertible configurations, providing drivers a couple of options.

An Homage to Racing

The designers, architects, and engineers went full blown racing with the 2017 Grand Sport Corvette. The Corvette is equipped with Michelin Sport Cup 2 tires. In addition your Corvette will have chassis tuning, upgraded cooling and performance technologies of the Z06. To make your eyes bulge just a little bigger, buyers of the Grand Sport can equip it with a Z07 performance package, the first time it is being offered to customers. This means your Corvette can have 1.2g cornering capabilities, Brembo’s carbon-ceramic brakes, a carbon fiber aerodynamics package, and the previously mentioned Michelin Sport Cup 2 summer tires.

To see a little more of this outstanding vehicle, check out Chevy’s reveal video. Once you’ve purchased your glorious 2017 Corvette, let’s talk about protecting those pristine seats with some Wet Okole seat covers. Our neoprene seat covers will help protect your vehicle’s interior from spills, water, sweat, and salt. That means that as long as you keep up appearances on the outside, the inside seats should be covered for years to come as well.

Highlights For The 2017 Chevy Corvette